Twas battered and scarred and the auctioneer

Thought it scarcely worth his while

To waste much time on the old violin

But held it up with a smile.

“What am I bidden, good folks,? he cried,

“Who’ll start the bidding for me’

A dollar, a dollar then two! Only two’

From the room, far back, a gray haired man

Came forward and pick up the bow.

Then wiping the dust from the old violin

And tightening the loosened strings

He played a melody pure and sweet

As a caroling angel sings.

The music ceased, and the auctioneer

With a voice that was quiet and low

Said, “What am I bid for the old violin”‘

And he held it up with the bow.

A thousand dollars, and who’ll make it two.

And going and gone,? said he.

The people cheered but some of them cried

We do not quite understand.

What changed its worth? Swift came the reply

The touch of the master’s hand.

And many a man with life out of tune

And battered and scarred with sin.

Is auctioned cheap to the thoughtless crowd

A mess of pottage, a glass of wine,

But the Master comes and the foolish crowd

Never can quite understand

The worth of a soul and change that’s wrought

By the touch of the Master’s hand.

Thus poem shows us that the  value of an item depends on how it is perceived. That battered, old, dusty violin did not look much, but in the hands of the master it became something of extraordinary value. Perception is everything when it comes to value.

A recent psychological article on the role of mothers found that most mothers could be called the mother of all heroes. It’s not presidents, singers and sports people, it’s mothers who top the list of heroes in a wide ranging survey. Why? Because a mother seems to perceive us in a way others cannot, or will not, but in a way only mothers and God can. Remember Samuel when God sent him to anoint a new King in Israel

When they came, he looked on Eliab and thought, “Surely the LORD’S anointed is before him.” But the LORD said to Samuel, “Do not look on his appearance or on the height of his stature, because I have rejected him. For the LORD sees not as man sees: man looks on the outward appearance, but the LORD looks on the heart.”

Mothers too look on the heart. So what makes a mother’s perception so unique?

The villagers ceased in Israel; they ceased to be until I arose; I,Deborah, arose as a mother in Israel.

Deborah was a mother in Israel. Mothers experience spiritual victory in their unique role of raising children to submit to God’s kingdom and battle the forces of darkness in his name. You can just sense her raising up and saying, I love my child, and enough is enough!

Mothers fiercely defend and protect their children. You might get away with attacking them, or sometimes even their husbands, but you’d better be careful if you go anywhere near their kids! They will do anything for them. The Canaanite woman is a good example

And behold, a Canaanite woman from that region came out and was crying, “Have mercy on me, O Lord, Son of David; my daughter is severely oppressed by a demon.”

But she came and knelt before him, saying, “Lord, help me.” And he answered, “It is not right to take the children’s bread and throw it to the dogs.” She said, “Yes, Lord, yet even the dogs eat the crumbs that fall from their masters’ table.” Then Jesus answered her, “O woman, great is your faith! Be it done for you as you desire.” And her daughter was healed instantly.

This mother refused to give up on her child. She persisted before Jesus, and was rewarded. Some of you mothers here have prayed and witnessed to your children for years, and I want to urge you to not give up. Don’t stop believing for them.

And let us not grow weary of doing good, for in due season we will reap, if we do not give up. So then, as we have opportunity, let us do good to everyone, and especially to those who are of the household of faith.

As one whom his mother comforts, so I will comfort you; you shall be comforted in Jerusalem.

Mothers seem to feel the pain and struggles of their children more than others, and they long to bring them comfort. If a child grazes their knee or hurts themselves, what’s the first thing to come out of their mouth? MUM!

“Can a woman forget her nursing child, that she should have no compassion on the son of her womb? Even these may forget, yet I will not forget you.  Behold, I have engraved you on the palms of my hands; your walls are continually before me.

Even when God’s children rejected Him, sinned against Him, turned away from Him, God’s hearts was like a mother’s heart, with a deep compassion that never fails.

Sometimes unsolicited and unappreciated, but mums are always keen to offer wisdom. A godly wife and mother is described in Proverbs 31…

Strength and dignity are her clothing, and she laughs at the time to come.

She opens her mouth with wisdom, and the teaching of kindness is on her tongue.

She looks well to the ways of her household and does not eat the bread of idleness.

Her children rise up and call her blessed; her husband also, and he praises her:

Mum’s provide wisdom for us in our lives.  I thought is would return the favour, mums, and offer a little bit of wisdom for your family life.

Silence is golden, unless you have kids, then it is just suspicious

Teach your kids to spend more time annoying each other so they have less time to spend annoying you.”

AND IF YOU HAVE OLDER KIDS

“If you don’t know where your kids are in the house, turn off the WiFi and watch them slowly appear.”

The best way to keep children at home is to make the home atmosphere pleasant, and let the air out of the tires.” -Dorothy Parker

Mothers provide wisdom for their children, if only they would listen.

And these words that I command you today shall be on your heart. You shall teach them diligently to your children, and shall talk of them when you sit in your house, and when you walk by the way, and when you lie down, and when you rise.

I stand here today because of a praying mother. When I was young and, let’s say boisterous, she prayed and believed for me, and was and still is an example of godliness.  Christian Mothers tend to be a moral compass, a role model for their children. For example, George Washington said, “all I am I owe to my mother.” Stevie Wonder called his mother his greatest teacher.

Most sons and daughters look to their mother for stability, and as an example. You may not have had a great mum, but in this church are mothers who would be delighted to be considered like a mum to you. And if you are a mum, make sure you live out godliness as an example to your family. As Peter said,

Do not let your adorning be external—the braiding of hair and the putting on of gold jewellery, or the clothing you wear— but let your adorning be the hidden person of the heart with the imperishable beauty of a gentle and quiet spirit, which in God’s sight is very precious. For this is how the holy women who hoped in God used to adorn themselves, by submitting to their own husbands,

Mothers generally believe the best for their children, and would do anything for them.  As Facebook executive Sheryl Sandberg has said, “my mother raised me and my sister to believe that we could do anything, and we believed her.”

Mothers inspire, they see through the flaws of their children and believe for the best. Even Ted Bundy’s mother believed in his innocence until he actually confessed his serial murders to her, and even then she never stopped loving him.

God said this to a despondent, miserable group of exiles, and it reflects the heart of a mother…

What mum doesn’t want their children to prosper, the make good, to be happy and successful and have a wonderful family? We want the best for our children, and feel so let down when they turn away. We want them happy, successful, prosperous, but most of all, we want them walking with Jesus. Mum’s, don’t you want your kids with you forever in heaven? As the apostle John said,

I have no greater joy than to hear that my children are walking in the truth.

PRAY FOR OUR KIDS

This Mother’s Day, mums, you will get some lovely gifts. Maybe chocolates, maybe breakfast in bed, or a nice dress or shirt or ornament. But I know the greatest gift you could receive is to have your children and grandchildren walking with God, giving their lives to Jesus Christ.

Brothers, my heart’s desire and prayer to God for them is that they may be saved.

The Lord is not slow to fulfil his promise as some count slowness, but is patient toward you, not wishing that any should perish, but that all should reach repentance.

If you are one of those children, or grandchildren, if you listen to this message and know that you are not right with God, I want to give you the chance to get right with him now.

Which mums have unsaved family members, especially kids or grandkids? I want to pray for them now, by faith, and believe for their salvation.

WHAT HAS YOUR MOTHER MEANT TO YOU?

HOW CAN A MOTHERS SEE HER CHILDREN SAVED?

CAN YOU LIST FAMILY MEMBERS AND COMMIT TO PRAYING SPECIFICALLY FOR THEM FOR SALVATION?

Image by Siggy Nowak from Pixabay 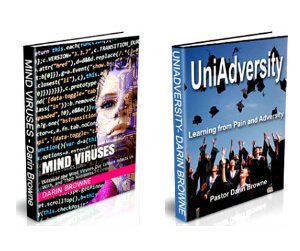 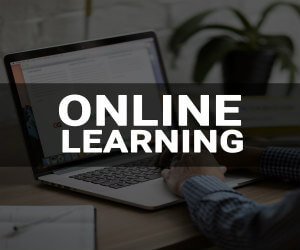