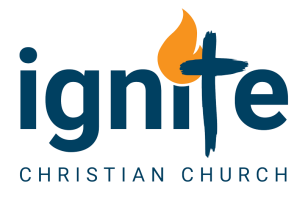 Forgiveness can be in short supply in families. My uncle passed away a month ago. I talked to his son, my cousin, and the tension and unforgiveness and resentment runs so deep in their family, he refused to call his mother. They had a fallout and haven’t talked for 5 years, and even on his father’s death, he refused to forgive or reach out, as did she.

Possibly the number one destructive issue in families today is Unforgiveness. And sadly the church family is no different. Why is it so hard to forgive those whom we perceive as hurting us?

When Peter asked the question, he was after a rule. However, Jesus used this parable to offer instead a life changing principle, and a deadly consequence.

“Therefore the kingdom of heaven may be compared to a king who wished to settle accounts with his servants. When he began to settle, one was brought to him who owed him ten thousand talents. And since he could not pay, his master ordered him to be sold, with his wife and children and all that he had, and payment to be made. So the servant fell on his knees, imploring him, ‘Have patience with me, and I will pay you everything.’ And out of pity for him, the master of that servant released him and forgave him the debt. But when that same servant went out, he found one of his fellow servants who owed him a hundred denarii, and seizing him, he began to choke him, saying, ‘Pay what you owe.’ So his fellow servant fell down and pleaded with him, ‘Have patience with me, and I will pay you.’ He refused and went and put him in prison until he should pay the debt. When his fellow servants saw what had taken place, they were greatly distressed, and they went and reported to their master all that had taken place. Then his master summoned him and said to him, ‘You wicked servant! I forgave you all that debt because you pleaded with me. And should not you have had mercy on your fellow servant, as I had mercy on you?’ And in anger his master delivered him to the jailers, until he should pay all his debt. So also my heavenly Father will do to every one of you, if you do not forgive your brother from your heart.”

This final statement is not implying that you lose your salvation, but it is saying that you place yourself into a prison of your own making if you refuse to forgive.

FORGIVENESS IS GETTING HARDER TO FIND

We live in a culture where forgiveness is getting harder to find. Why?

Our culture is a culture of self assertion. From an early age we are taught we have to grab all we can. We are taught that you have rights, and you need to assert them.

And whenever you stand praying, forgive, if you have anything against anyone, so that your Father also who is in heaven may forgive you your trespasses.”

Not Forgiving someone whom you perceived has wronged you is a really big deal, and it blows back on you!

But we have built into us this culture of my rights! Everywhere you look people fight for their rights, their own agenda, what they want. Think about it. We have human rights, land rights, gay rights, women’s rights, animal rights, save the whales and now black lives matter. I often say we should just wrap them all up into one, have land rights for gay, black female whales, and move on.

You cannot forgive if are busy fighting for your rights, if your focus is on your rights, on how they have wronged you.

THE POWER OF FORGIVENESS

Forgiving someone who has wronged you  is one of the most powerful acts your can perform. It’s releases them, but it also releases you.  Lewis Smedes: To forgive is to set a prisoner free, and discover that the prisoner was you.

bearing with one another and, if one has a complaint against another, forgiving each other; as the Lord has forgiven you, so you also must forgive.

Jesus hanging in the cross in agony said,

“Father, forgive them, for they know not what they do.”

Corrie Ten Boom was arrested with her family for sheltering Jews on February 28th 1944. Her father died a week later, while Corrie and her sister Betsy were sent to Ravensbrueck Concentration Camp. Betsy died late the same year, and Corrie survived only because in December she was released accidentally due to a clerical error, just days before all women her age were murdered by SS guards.

Years later at a church service in Munich where Corrie had preached on forgiveness, she came face-to-face with one of the former Ravensbrueck prison guards, who asked for forgiveness for the atrocities he had committed. Corrie Ten Boom struggled within herself and found that she could not forgive him, but that Jesus could, so she quickly prayed and found the strength to accept his extended hand.

Forgiveness is hard, but powerful. It takes great courage to fight, but it takes more courage to forgive.

Gary Ridgeway, the Green River killer in Seattle, Washington, confessed to murdering 49 women. At his trial in 2003, he sat stoney faced while relatives of the murdered women hurled abuse at him, a hard hearted man of impenetrable evil.

Until Robert Rule, the father of one of the victims said this… “Mr. Ridgway . . . there are people here that hate you. I’m not one of them. You’ve made it difficult to live up to what I believe, and that is what God says to do, and that’s to forgive. You are forgiven, sir.” These words alone made Ridgeway begin to weep.

On October 6th 2003 Charles Roberts entered a tiny Amish schoolhouse armed with 3 guns, taking 15 young girls captive. His motive was that he had unforgiveness towards God because of the death of his newborn daughter 9 years earlier. He then murdered 5 girls before turning the gun on himself.

After the massacre, in an extraordinary act of forgiveness, the entire Amish community, including families of the deceased, publicly forgave Robert, attended his funeral, comforted his widow and even offered financial support to his widow.

When you have an unforgiving spirit, you put yourself in prison spiritually and emotionally; you pay dearly for the luxury of carrying a grudge. Is it worth it? George Herbert said, “He who cannot forgive breaks the bridge over which he himself must pass.”

I guess the first question when we deal with forgiveness is, why bother? If the world doesn’t forgive, why should I? There are some really good reasons why you must forgive…

So God created man in his own image, in the image of God he created him;

male and female he created them.

Yet you have made him a little lower than the heavenly beings and crowned him with glory and honor.

We should see others, especially our brothers and sisters in Christ, as important and valuable, and therefore we should do everything we can to honour, protect and cherish them. Resentment is not caring for them. Unforgiveness does not honour them, it wants them to suffer, to get their just desserts .

It is only by the grace of God that you and I breathe and exist today.

Because of the LORD’S great love we are not consumed, for his compassions never fail. They are new every morning; great is your faithfulness.

The only reason we are alive is because of God’s great mercy, and therefore it is unjust to withhold mercy from another, like the unforgiving servant.

3.      BECAUSE FORGIVENESS SETS US FREE

I often say Unforgiveness is like drinking poison hoping the other guy dies.

I think the first step is to understand that forgiveness does not exonerate the perpetrator. Forgiveness liberates the victim. It’s a gift you give yourself.

Forgiving someone who has wronged you is not giving affirmation to what they’ve done. We have this inbuilt sense of justice that says they need to suffer some kind of punishment or retribution for what they have done.

We don’t want God to give us justice, we want His mercy, but we demand that the other guys gets his comeuppance. Sounds a bit like that unforgiving servant again, right?

So then, each of us will give an account of ourselves to God. Therefore let us stop passing judgment on one another.

This incredible power is available to you right now, right here.

Let me ask you, what is it that you need to forgive in another this morning. I know you feel hard one by, I know you feel unjustly treated, but God doesn’t suggest forgiveness, He commands it.

And whenever you stand praying, forgive, if you have anything against anyone, so that your Father also who is in heaven may forgive you your trespasses.”